At first thought it can seem like dating a non-English speaker has more cons than pros. You’re worried it will be silent and awkward, that you’ll have no idea what she’s saying and she’ll have no idea what you’re saying, and that after the first few minutes there will be no place to go in the conversation.

So much of our romantic lives in our country of origin are dependent on conversation about ideas and opinions. When you take out heady conversations with the utmost of attention paid to the minute details of all our thoughts and feelings, what’s left? 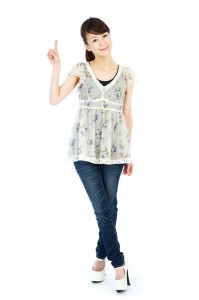 As it turns out dating someone who doesn’t speak English as a native language is more fun than you think, and not only is it fun, it gets you in touch with a more natural, calm side of yourself than you ever would have imagined, or been able to with someone in your native tongue.

The first time I dated a woman from another culture, I was so attracted to her… but so nervous and insecure. How would we possibly communicate?

The first thing I learned was that there is so much happening in a conversation besides words. It sounds corny, but little details were so much more important, like the way she laughed or blinked her eyes, the things that interested her, the way her eyebrow curled at a new word.

And the best thing was curiosity! When you’re with someone from your country of origin, nothing is ever new.

But when it’s someone from a completely new experience, there isn’t that mundane overlap about everything. The newness and curiosity is endless, almost childlike wonder!

She can say something and it’s less likely to be misunderstood, because it will be simple and straightforward, although there is a lot of room for flirting, too. I can’t describe the charm of a Thai woman, simply because so much of it is incredibly subtle – in the smile and gentle way with which she is communicating with you, not necessarily the content of what she is saying.

And it’s consistent, as well, she’s not going to be completely warm and friendly at the beginning until you get to know the “real” her. The culture simply raises women quite differently in relation to men and relationships.

In order to date a non-English speaker, the only tip you need is to be simple, loving and generous. Say what you mean, speak carefully and at a gentle pace, and be curious. 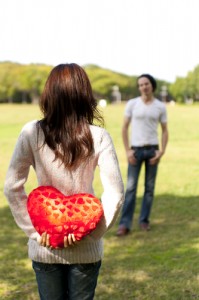 The more you want to learn, the richer your relationship will be from the beginning, and the more fun you’ll have, too! Bilingual couples are the greatest because there is never an end of things to share and discover, and the more time you know each other, the more you learn you still don’t know! No danger of growing old and bored together, just wiser and wiser.

Another tip is to really put yourself out there. When you like her, don’t hold back and try to tell her verbally, beating around the bush with all sorts of nonsense.

Small gestures, like body language, brushing her fingertips, gently holding your hand over hers, and making sure you open doors for her are all subtle ways of showing her what you won’t need to with language. Remember that she is interested in learning English and all about your home country! This is your chance to put your story into an interesting, simple format for an eager ear to learn about, and she will be grateful that you are doing the talking about something she cares about.

Also, get your ear keen on the accent. You don’t really need to learn another language as much as you need to learn how a speaker of that language sounds when they speak English.

I felt like I was never going to understand a thing at the beginning, but after a while I realized that if I acclimated my ear to the vowel and consonant sounds from the mother tongue, the English of Thais became perfectly comprehensible!

The key is to really listen for the types of words you would expect to hear in the conversation. Once you get used to listening from the other person’s viewpoint of what they would be likely to talk about, all of a sudden the accent will melt away in your mind, and you will be able to communicate.

Above all, patience and persistence is key, with a splash of curiosity. Know when you don’t know something, and don’t be afraid to say when you don’t understand. Don’t be afraid to guess either, and ask whether or not you have it right. Remember communication is your friend, and always try to err on the side of more rather than less.